UOC scholarly journals’ global reach: 2,400 experts from all over the world

Over half the visits to Artnodes, BiD, Digithum, IDP, D&D and ETHE come from outside Europe. Colombia and Mexico are among the countries with most visits.

A new infographic shows the academic network and international impact of the UOC's scholarly publications, country by country. The open-access contents of these journals promote the UOC's knowledge transfer and help the university grow globally. 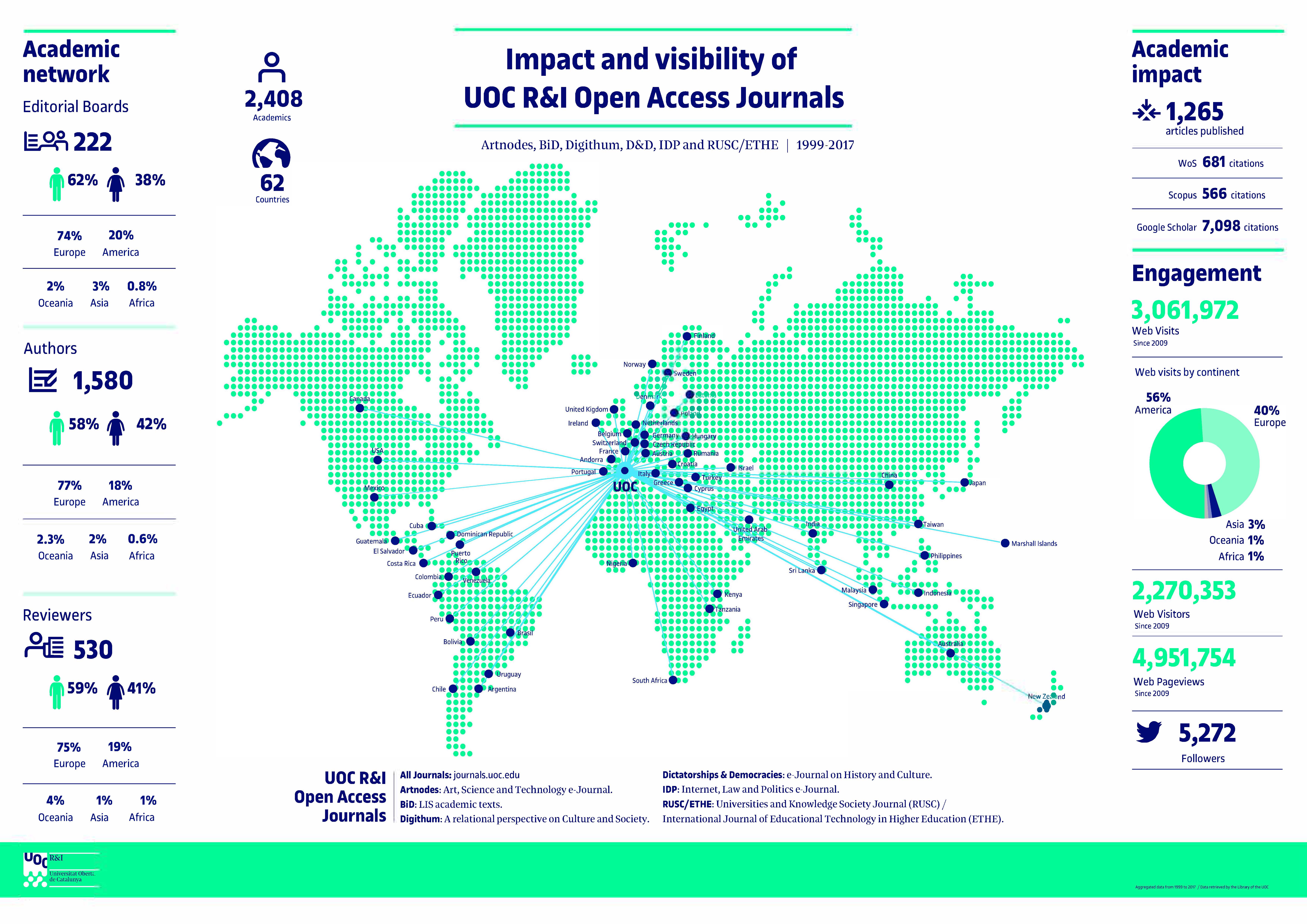 The UOC's scholarly journals in figures

Academic network: 1,580 experts have published their work in one of the journals and 752 have acted as reviewers or form part of the editorial boards. Furthermore, the UOC co-edits or has co-edited journals with four different institutions and universities: University of Antioquia, Colombia; University of the Andes, Colombia; Carles Pi Sunyer Foundation, Spain, and University of Barcelona, Spain.

Internationalization: From New Zealand to Nigeria or Colombia: the academic network reaches far and wide, and well beyond the frontiers of Europe.

Promoting gender equality: There are a high number of female authors (42%), female reviewers (41%) and women in leadership positions (38%). Indeed, during the BMC and SpringerOpen Editors' Conference, ETHE was held up as an example of best practices for gender equality.

Citations: The hundred articles published each year in the university's journals can be found in the leading databases, including Scopus or Google Scholar. Internet metrics: Since 2009, over two million users have visited the UOC scholarly journals' web pages.