The 6th Scientific Publishing Seminar featured among its activities a conference given by the CSIC cybermetrics expert, Isidro F: Aguillo and the dean of the UOC's Faculty of Economics and Business, Maria Jesús Martínez-Argüelles.

The UOC's Scientific Publishing Seminar's main objective is to contribute to the debate and to the continuous improvement among the university's scientific and informative journal publishers, focusing on one subject and inviting one or two speakers on each occasion. The year's seminar was held on 8 October at the University's Tibidabo building in Barcelona. It is an initiative led by the University's Library and Learning Resources, which since 2017 has taken place twice a year, in March and October.

At the most recent event, Isidro F. Aguillo was invited to speak. He is an expert in scientific assessment, head of the Cybermetrics Lab at the Institute of Public Goods and Policies, part of the Spanish National Research Council (CSIC), and the driving force behind the Ranking Web of Universities, which measures the online presence and visibility of over 28,000 academic institutions around the world. 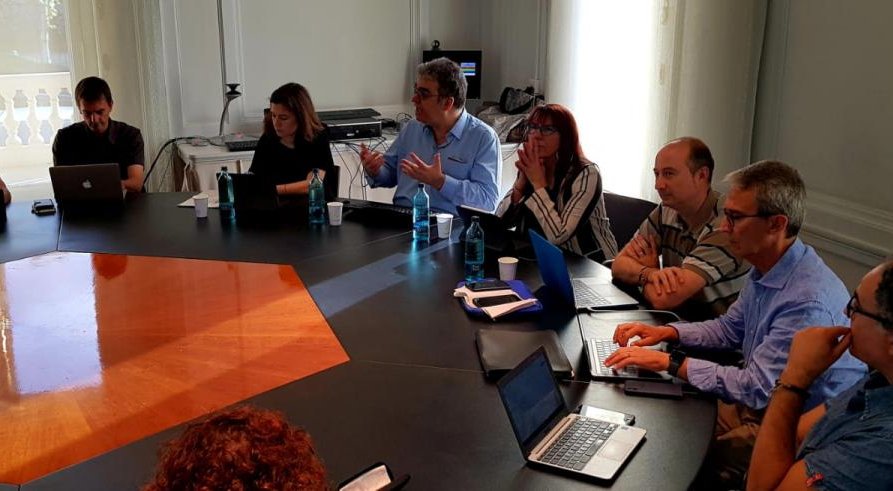 The seminar was divided into two parts, the first dedicated to the University's journal publishers (introduced by Marta Aymerich, Vice President for Strategic Planning and Research at the UOC) and inaugurated by Aguillo, who opened up the floor to debate the following 10 key ideas on how to approach the publication of scientific journals with a view to meeting the open access challenge:

In the second half of the seminar, the conference was opened up to the public, which included management and scientific assessment directors as well as researchers from other universities and institutions. Every seat in the house was taken and they participated enthusiastically throughout the debate. Aguillo itemized the keys to scientific assessment one by one, and Maria Jesús Martínez Argüelles, dean of the UOC's Faculty of Economics and Business, offered her perspective on the matter from her role as a researcher and teacher. The session was moderated by Ciro Llueca, director of the UOC's Library and Learning Resources. 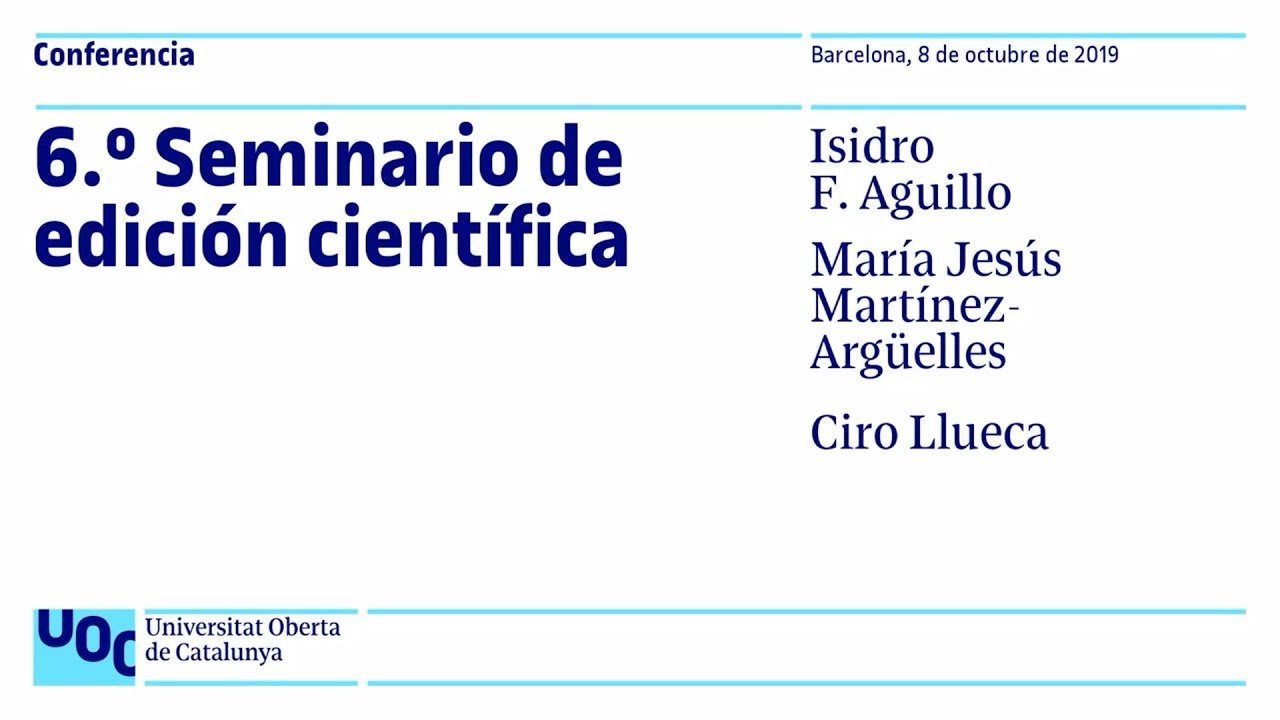 Aguillo began his presentation by discussing how the impact factor can contain erroneous calculations which makes it an invalid indicator. According to the cybermetrics expert, WoS and Scopus are overrated and we should be including other indicators from other sources that have better coverage, since we need to describe the metrics with regard to the global or local panorama, depending on the needs of each subject area.

Isidro Aguillo also added that ranking by position–in the form of infamous quartiles–"is imprecise and unfair", as we have no context on which to base these classifications. He stated that, "citation analysis should continue to hold a central position in assessment processes of scientific production, but it should also be complemented with more comprehensive and less biased sources. We have to be more rigorous in our efforts to meet publication standards and support this assessment with expert opinion. A mixed approach such as this, which is both quantitative and qualitative, is valid for all types of assessment, so long as we prioritize transparency when carrying out these processes and when justifying the results". The scientific assessment expert showed support for the development of systems that allow us to discover and penalize bad practices in current assessment systems.

Martínez-Argüelles indicated how a university professor's career path is very much inhibited by the current system, which is based too heavily on metrics and demands that they publish in journals positioned in the highest ranked indexing quartile, limiting their possibilities to a handful of scientific publications. Although researchers are open to receiving feedback from their peers, the reality is that it results in a less attractive professional career where they must endure constant pressure from the system and a lack of opportunities.

Martínez-Argüelles also added that, despite the advantages offered by the current scientific output assessment model compared to the previous one–which saw a reduction in endogamy and discretion, more transparency and an increase in scientific output–we mustn't forget that our social commitment is much more consequential that the publication itself: "Universities have a much greater mission: social transformation", the UOC researcher declared.