Here is a brief summary of the final projects you can find in this collection, which range from political communication, literature and art to the audiovisual world.

In the UOC's O2 Repository you will find work by other students in open access. You can use these as a reference for your own final project.

The UOC's O2 institutional repository has released a new collection of final projects on gender studies-related topics. It consists of 18 works from different fields of study at the University, including bachelor's and master's degree final projects involving the study of women, men, feminism and LGTBIQ issues. The collection will be regularly expanded.

This initiative forms part of the UOC's 2020-2024 Equality Plan and has the goal of making the knowledge created around gender issues at the University available to the entire community and anyone else who may be interested. This will help foster and raise the profile of gender equality in research and knowledge transfer content.

The final projects in the collection

Here is a brief summary of the final projects you can find in this collection, which range from political communication, literature and art to the audiovisual world. Their authors explain why they chose their projects' subject matters and what they've learned. 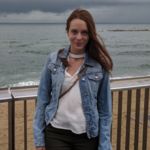 The author picked her project's subject after seeing the communication styles of prime ministers such as New Zealand's Jacinda Ardern, Denmark's Mette Frederiksen and Iceland's Katrín Jakobsdóttir during the COVID-19 crisis. One of the reasons was the data on the gender gap in politics: Last year, worldwide, women held only 25.2% of parliamentary seats and represented only 19.6% of political spokespersons. "I thought that analysing and defining the communication style resulting from women coming to power could be of interest in providing and advocating female leadership models, which are still few and far between," said Sonia de Luis.

Sonia performed a qualitative analysis of a selection of speeches from five women politicians during the first wave of the pandemic and compared them with the speeches of a number of today's male political leaders: the women "find a perfect balance between professionalism and approachability, formality and informality, seriousness and warmth, rigour and the ability to empathize," she said. What's more, she noted that, with the pandemic, "the values traditionally associated with leadership, such as dominance, power and aggressiveness, have lost ground to values such as empathy, science, transparency, collaboration and cures".

Don't define me is the title of a short film combining 2D and 3D animation that seeks to raise awareness around equality and acceptance through its protagonist, a small boy who plays at dressing up as his favourite heroine. In her work, the short's creator, Judit Mercedes Nieto, explains the entire creative process, from the screenplay and the shot list to the design of the storyboard and editing with professional applications.

"It's as if values have become analogue things that have no fit within new technologies, so I sought to use audiovisual technologies designed for social media to be able to bring them to these new media and hence to young people," she said. Her interest in early childhood education has led her to become increasingly involved in highlighting issues that are "awkward or avoided", such as mental health, emotional education and respect, which she believes needs to be talked about: "We need all kinds of contributions to help achieve a more equal, fair and respectful world."

With her work, Mercè Briones has sought to "shed some light upon" feminist art practices in Spain in the period from the later years of Franco's dictatorship to the start of the 'transition' towards democracy. "It's a discipline that has been constructed from an androcentric standpoint," she said. Her choice of subject was motivated by the absence of any content of this kind during her time at university studying the history of art and the humanities. What's more, "as a secondary school and baccalaureate teacher, I feel that the design of official curricula fails to take account of gender issues," she said.

After carrying out her research, she concluded that, despite the difficulties caused by the socio-political context, "Spain saw a generation of women artists who introduced ways of seeing that revealed the marginalization of women and pressed the need for them to build their own identity, far removed from the subaltern view of the patriarchy." These artists include Esther Boix (1927-2014), Ana Peters (1932-2012), Mari Chordà (1942), Ángela García Codoñer (1944), Eulàlia Grau (1946) and Fina Miralles (1950).

As the project's author explains, after having lived in Korea and experienced, first-hand, how the LGTBIQ collective is made invisible in the country's society, she wished to study it and learn more about it. "I wanted to know how it was represented in films and if it was easy to find ones on the subject, if these kinds of films were popular, and also to see what kinds of characters and scenes were portrayed over the course of their history". She also wished to provide more information on the situation of the LGTBIQ collective in Korea, given the difficulties in finding any.

"From the start, LGTBIQ films were produced and distributed very clandestinely. However, gradually, films with this subject matter began to go on show in large cinemas and, although a great deal of work still needs to be done, the situation is slowly progressing," she said. The project also includes an analysis of Park Chan-wook's The Handmaiden, one of the most recent examples of Korean films dealing with LGTBIQ issues. 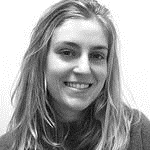 A year after the release of Rosalía's album El mal querer, this project's author discovered that the singer had been inspired by Le Roman de Flamenca, a 13th century romance. "In both tales, so far apart in time, the protagonist takes a journey towards empowerment in a context of gender violence," she explained.

Through her comparative analysis of the two works, María Gnad invites us to consider the ways we love and love ourselves and how these have evolved over the centuries. "The idealization of love – then courtly, now romantic – is still a fact and still has consequences." Additionally, she stressed the way the works link past and present: "In echoing the mediaeval novel, Rosalía sings a song of liberation, hope and power."