Meet Michael Murphy, the expert who will be inaugurating our 2022/23 academic year

The inaugural lecture will kick off the new academic year at 7 p.m. (CEST) on 17 October.

Here we recommend some interviews, lectures and articles to learn more about Michael Murphy, president of the European University Association.

Professor Michael Murphy will launch the UOC's 27th academic year with a lecture titled "Universities without Walls – Adapting to Change in Europe". The Library team has prepared a new library guide so that you can take a closer look at this internationally renowned expert's career.

The library guide has a selection of resources about his career, and the organizations and institutions he works with. There are also videos in which he reflects on the challenges facing universities and their future, and scientific articles on Murphy's research in his specialist field, clinical pharmacology.

Professor Murphy, a qualified doctor, has been president of the European University Association (EUA) since 2019, and president emeritus of University College Cork in Ireland since 2017 (he was the president for the previous 10 years, from 2007 to 2017). 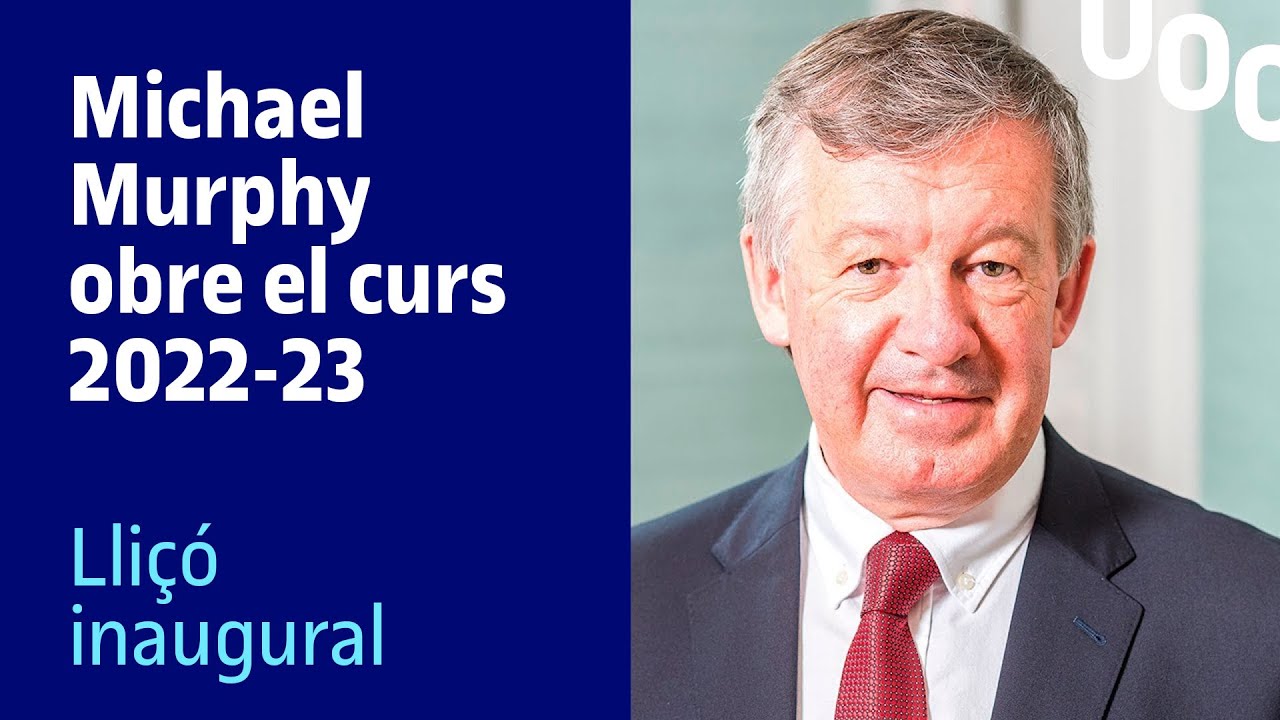 What will you find in the library guide?

"Europe is only going to be as successful as its universities, and that places serious responsibility on our sector to be as effective as it must ber."

Watch a video in which Murphy talks about the challenges facing the European University Association, which has over 850 member universities in 49 European countries. The association played a key part in the implementation of the Bologna Process at European universities, and works to achieve cooperation and interaction between these institutions and to promote European higher education and research.

"We have to rethink our role in society. We’ve always been deeply engaged with societal partners but we have to enhance and mainstream this role as a key characteristic of universities, embracing co-creation of knowledge, constant dialogue with citizens, with business, the cultural sector – the public sector generally."

In the library guide, you can watch a video in which our inaugural lecturer reflects on the impact of the COVID-19 pandemic on universities, and the challenges it has posed and continues to pose today.

"A reform of the assessment system is necessary [...] Society as a whole is embarking on sustainability […] and open science, we see, is a critical tool to actually achieving the UN SDGs across the spectrum."

A round table discussion in which various experts talk about research assessment.

Those wishing to listen to the inaugural lecture online on the university's YouTube and LinkedIn channels must sign up beforehand.