The UOC Library on Erasmus

Maria Boixadera holds up four fingers. She is an Erasmus veteran and, counting the University of Tromsø, has now visited four universities through this mobility programme. For Albert Cervera, on the other hand, this is his first international experience. 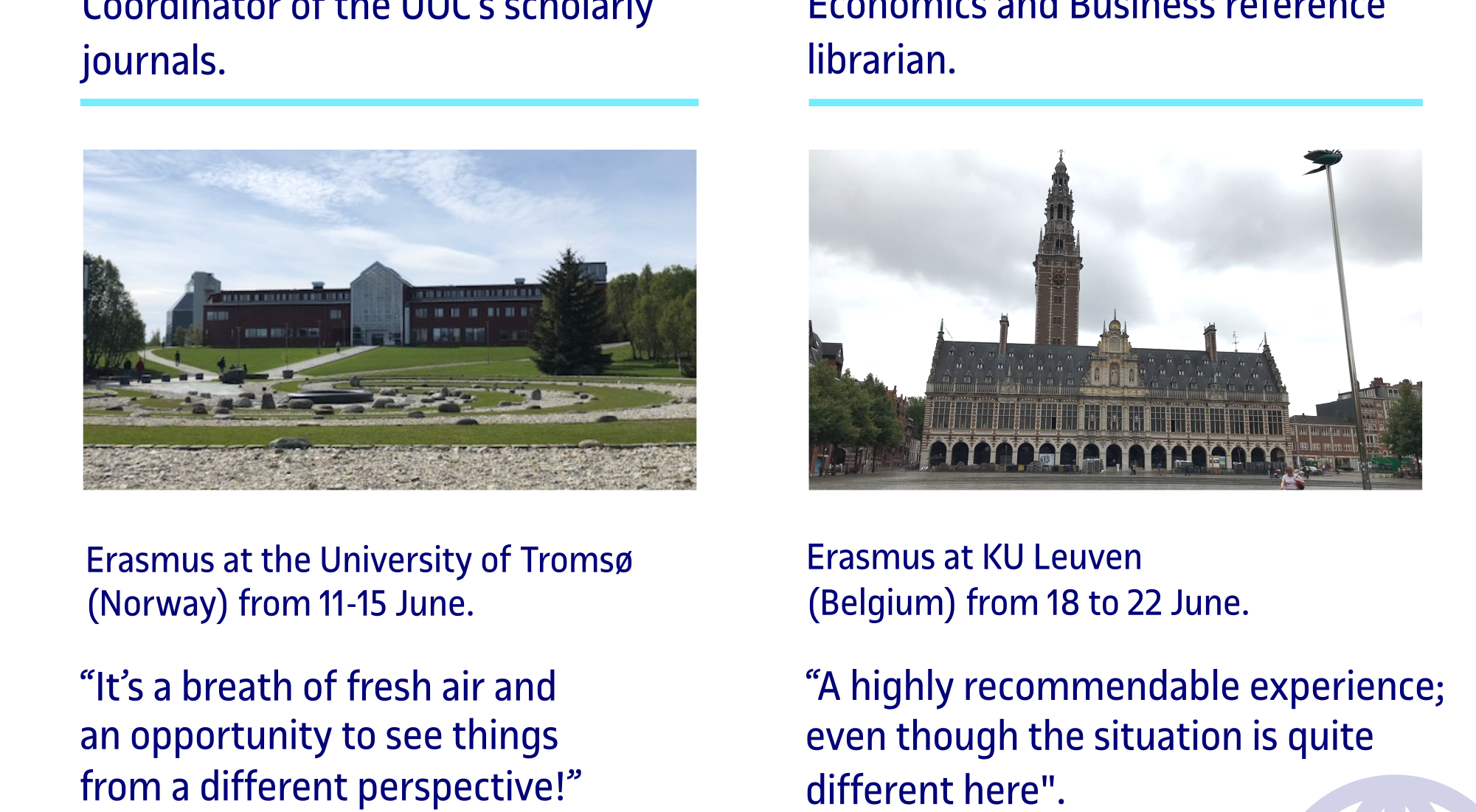 We break the ice by asking them about their expectations while packing their suitcases.

Maria: “I wanted to know how the University of Tromsø manages scholarly journals and about the system for evaluating science in Norway. For me, it was an opportunity to meet other professionals, learn about what they do and how they do it and, if the opportunity arises, explain the UOC model. In short, a way of exchanging knowledge”.

Albert: “My objective was to learn how a library operates in an important university like KU Leuven, which is one of the top European universities according to university rankings like the QS. Above all, I wanted to know how they use online technologies for students (tutorials, sessions, etc) and learn about the relationship between librarians and the academic community”.

Maria: “I don’t know if this happened to you as well Albert, but in my case the concept of online university really surprised them”.

Albert: “Absolutely…I explained it to them and they said, 'And the library? 'That’s online too'. They were surprised. 'And how do the students learn?' 'Via a totally virtual learning environment.' 'Oh, you do MOOCs?' 'We also do them, but it's not just that…'”.

Maria: “Now that you mention it, they did like the idea of the MicroMOOC we did at the UOC during open access week. You realize that the starting point and the environment of the UOC are always online and its initiatives are different to those of other universities. At on-site universities priority still cannot be given to the online environment, given that managing the on-site environment takes precedence: opening times, front desk, buildings, etc. Its odd because in spite of this, the motto of the Tromsø library is 'online first'”. 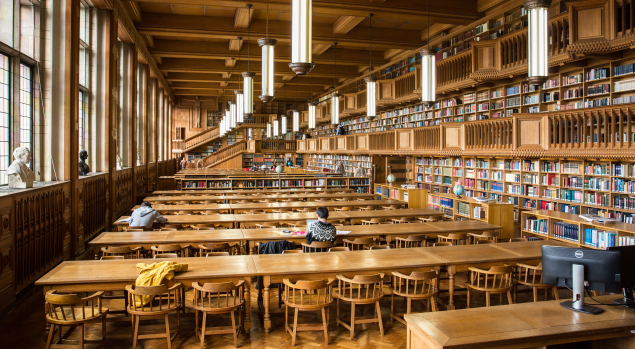 Sitting on the fence

Maria: “The Scandinavian countries are much more advanced than our country in terms of public policies. For them open access has been a reality for ten years and they do not conceive any alternative. By contrast, we are in constant contradiction: the system for evaluating research is not sufficiently coherent with the policies of open access and does not exist within a climate of trust between the evaluator and the person being evaluated. For example, in Norway the impact factor is not used for evaluation calls and the Library does not even know what it is. The government keeps a list of creditable journals and a record is kept of everything published. Now the policy in Norway has reached a point where soon anyone who does not publish in open access will not receive funding”.

Albert: “I noticed that they are very advanced in the management of research data. Researchers are well aware that when they do a research project, they have to publish it, and its data, in the repository. And this is a matter of institutional policy; in other words, it is not because they want to, but because they have to".

Maria: “Yes, they also explained to me that when researchers submit a research project they now have to include a data management plan, and the Library is part of the committee that validates whether or not this plan will encounter any problems. And, because they have a good operating context, money, policies and qualified personnel, when they receive a mandate to publish data in open access like Horizon 2020, they have no difficulty in implementing it. In fact, they have had a research open data repository and a department that runs it for three years now”.

Albert: “Exactly, it’s the same at KU Leuven. Here we lack the resources”.

Maria: “In Spain, our skills, professional profiles, drive and even how we perceive things are very similar. The only difference is that in Norway they can carry their projects out and here it’s more difficult. This makes me think that in the same way we talk about a digital divide, I also believe that an open acess divide is starting to establish itself.

The role of the librarian

Maria: “I liked the communicative relationship they have with professors: they speak to each other on the same level and the Library has the same authority as the academic community. I asked them how they had achieved this and they told me that, obviously, authority is not earned overnight. Being a relatively small university, communication is easier and it has always been considered just another faculty. The Library also does its own research and they can also request research projects, for example”.

Albert: “In my case I noticed that they tend to be highly skilled technically speaking. These are librarians but also computer experts."

Maria: “Yes, and in Norway they acknowledged, and not always positively, that they have a workforce with a very heterogeneous professional profile”.

Albert: “Online laboratories and makerspaces are among their main goals. Creating learning spaces for socializing. Taking libraries and removing the books, the tables, etc”.

Maria: “Yes in Norway too: digital first and transforming the space”.

Albert Cervera  holds a degree in Catalan Language and Literature (UB) and a postgraduate diploma in Language Correction and Support in Catalan (UAB). She specialized in the fields of quality, standards and policies and also in publishing strategies for scholarly journals. .

Maria Boixadera holds degrees in Language and Literature (UB) and Information Science (UOC). His work experience has focused on university libraries and he has been working at the UOC Library for twelve years.